Edward Jenner – The Father of the Modern Vaccine 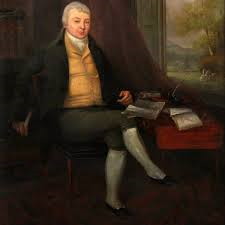 One of the men that not only changed the world but saved the lives of millions of people all over it, was born to humble beginnings in a small rural village in Gloucestershire. Edward Jenner, the son of a vicar, was born in Berkeley in 1749. He trained from a young age with a surgeon in the local area, before going on to become a doctor himself in the village where he grew up.

One of the biggest killer diseases of the period was smallpox – with children being particularly high risk of dying from the disease, it was something that doctors sadly saw a lot of. But Jenner had noticed that in the small rural village, the people (mainly milkmaids) who caught the milder disease called cowpox from the cows, were then immune to contracting the much more deadly disease – smallpox.

Intrigued by this, and certain that there was something to it, Jenner began to inject children (including his own son) with the pus from infected cows. Indeed, the children would suffer a mild illness for a time, but once recovered, they were also immune to contacting the deadly smallpox.

After many lengthy experiments and trials, not unlike nowadays when researchers conduct paid clinical trials such as https://www.trials4us.co.uk/ Jenner finally had his paper published. Despite huge amounts of criticism, particularly from the Church, Jenner’s vaccinations – the first in the world – started to spread, and Jenner became the father of modern immunology. Theories and ideas first thought of by Jenner are still used today as scientists battle a new global pandemic sweeping the planet – and will be used on many more lifesaving vaccines to come.