Chernobyl and Tourism in the Ukraine 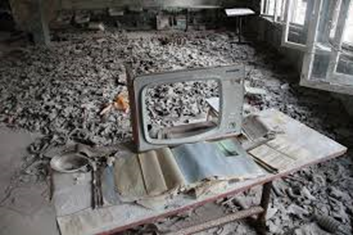 The Chernobyl nuclear disaster was one of the greatest disasters of the 20th Century. Having an impact not only on the Ukraine, but on the whole of Europe, many believe this disaster was the beginning of the end for the Soviet Union, and since then many lessons have been learned.

The accident, as portrayed in the 2019 drama Chernobyl, was the result of many things – inexperienced staff, the soviet propaganda machine and a design fault with the reactor itself. Despite the fact that many scientists has previously expressed concerns with the design of this reactor, they were continually produced anyway as they offered cheap electricity across the Soviet union and at a time when the Cold War was in full swing, speaking out against the communist state was considered one of the worst crimes in the soviet union.

Today however, the disaster has had a surprising positive impact on the Ukraine – the tourism industry has become increasingly popular, tourists who are bored of the sunny beaches and well known European cities want to go off the beaten track and explore the darker side of life.

Pripyat, the town worst affected by the disaster, that was built to house the workers of the plant and their families was evacuated quickly 3 days after the explosion – and was left an eerie ghost town – the snapshot of life in the Soviet Union.

It is not a dangerous place to visit, providing that you listen to the tour guides and follow their rules, and you will need to purchase travel insurance from a good insurance company such as these insurance brokers Bristol. But if it is a holiday with a difference that you want then a tour of Chernobyl is certainly that!