The 1970’s were a disaster for Mens fashion 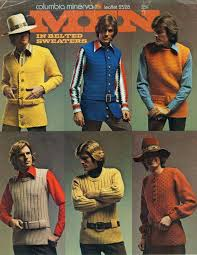 It might be a rather bold statement but it is certainly true that the decade is not viewed with great fondness in terms of what men could wear. Off the back of the influential 1960’s the 1970’s initially  seemed to be an era of promise for male fashion. Maybe all the excesses had been purged and we could have something like the chic dignity of some Farah Shirts like those available from https://www.ejmenswear.com/men/farah. This was soon blown away by the glam movement and by fashion designers losing their minds and favouring orange like never before.

First of all, trousers became patterned nightmares that could burn out the retinas. It was the age of the accessories with ruffs, lacey cuffs, chunky necklaces and scarves on a suit becoming seen as a totally reasonable idea. Men were confused and it wasn’t going to get any better if they wanted to go swimming. We might be concerned about the mankini but at least it was one colour and not a geometric pattern of multi hues and shades. Plus it looked like a Victorian vest and pants ensemble.

The belted sweater looked good with a purse and the woollen poncho or jumpsuit were also doing the rounds, But only if you had them in bright oranges.