Why are there so many Roman finds in Gloucestershire? 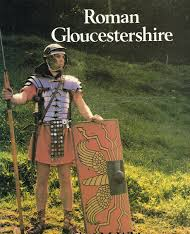 For a county the wealth of Roman archaeology is quite astounding. One thing is for sure the Britons around this part of the world were more than happy to embrace the Empire and live under its rules, laws  and fashions. It is easy to see why there are so many, just have a look at the map. There are two major Romano-British cities in the County, Gloucester/Glevum and Corinium/Cirencester. Two major Roman Roads run through Gloucester, the Fosseway/A429 to the North and Ermine street/A417 to the South East. There are also lots of Roman Villas. 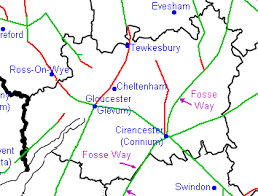 Why did these centres come about? The main reason is part Roman foreign policy, part local tribe necessity. The Dobunni were an Iron Age British tribe that were centred in the hilltop capital at Bagendon just outside of Cirencester. They were constantly under attack from larger tribes such as the Cataluvellani to the west and the Silures to the East. They joined the Empire, reducing the enemies Rome faced. The tribe moved to be nearer the River Churn and founded Corinium. Down the road Glevium was also founded to take advantage of the River Severn. This was a town where legionnaires retired to after active service. I bit like those Gloucester Park Homes for Sale.  It soon outgrew Corinium.

With all these Romano-British life going on it’s no wonder there is so much.