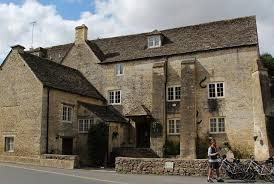 One of the most photographed and visited sites in the Cotswold is a wonderful set of houses in the Village of Bibury known as Arlington Row. They were privately built in the latter half of the fourteenth century originally as a wool store. Wool has always been a mainstay of the Cotswold economy and this was still true some three hundred years later  when the store was converted into the delightful cottages we see today. 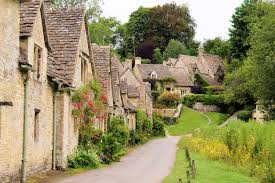 It would be quite a specialist piece of Property Inventory App that would be needed and it now falls to the National Trust to maintain it for the Nation. The whole area around the row is very important and picturesque. There are several Ducks and Mallards honking around and the Rack island, where the wool was dried,  is still there as a nature reserve for the aforementioned river dwellers

The Row is made with the famous limestone of the region that takes on a honey coloured glow  as the sun begins to set. The slate roof’s add to the aesthetically pleasing frontage and the leaded windows emphasise the age of the buildings construction. Despite the now idyllic scene today this would have been a hotbed of activity at the time with the store working all ours along with the mill down the far end of the river.