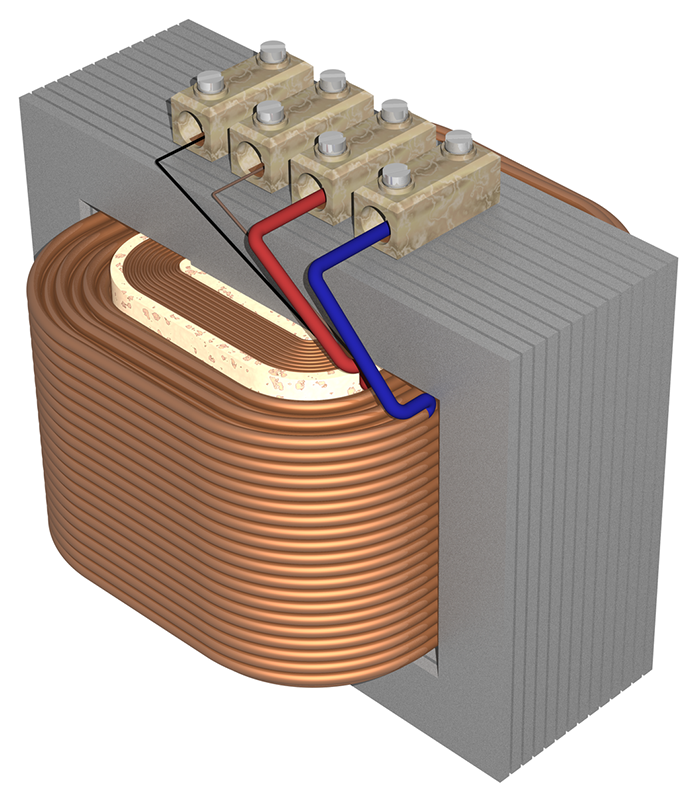 Transformer cores are found everywhere in modern society. Transformers are used to increase or decrease the alternating voltages in electrically powered applications. By the time this electricity reaches your house or workplace, it will have passed through several transformers. Some of those will be in substations, some will be in domestic appliances. Others will be orbiting the earth in satellites or deep under the sea.

Why do we use transformers?

When electrical power is passed along wires, some is always lost; therefore, when power is being transmitted across the country, it travels along high-voltage wires. Transformers are used to ‘step up’ the voltage for this transmission. Power lines can be rated at 400,000 to 750,000 volts. The higher the voltage running through a wire, the lower the proportion of power that is lost.

Electricity for domestic, light industrial and even heavy industrial use, however, needs to be lower voltage, with transformers again used to ‘step down’ the voltage for domestic consumption. Different kinds of electricity users will need different voltages; for example, a heavy industrial machine might need 10,000 volts or even more, while domestic appliances are typically rated at 110 volts to 250 volts. Transformers are used everywhere.

How do transformers work?

Transformers work by electro-magnetic induction. When electricity is run through a wire, it creates a magnetic field. The bigger the current, the stronger the magnetic field. If this magnetic field fluctuates around a second piece of wire, it will also generate an electrical current in this wire.

Depending upon the size of the wire and the number of ‘turns’ (wire curled round into a loop to make a coil), the voltage and current in the second wire can be made greater or smaller than the current and voltage in the first wire. This process is more efficient if the wires are wrapped around a ‘core’, which is often made of soft iron.

There are two types of transformer: the laminated transformer core and the toroidal transformer core. Both use electromagnetic induction to alter the voltage of electricity as it passes through them.

Toroidal transformers have advantages over laminated core transformers, as they are smaller, create less noise and generate less stray magnetism. This makes them suitable for a wide range of applications.