Neighbours, the end of an Era 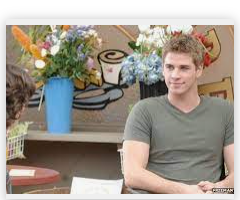 British Television has been bombarded with Australian soap operas but none stuck quite as well hard as Neighbours. Sons and Daughters, the Sullivans, Skippy the Bush Kangaroo all had come and gone. Now, all across the Sixth Form Common rooms of Britain the lives and loves of some Melbourne suburbanites was about to enrapt the nation. Back when it first came to Britain in October of 1986 you’d need a decent signal and the same is true today. The services of a TV aerial repair Bristol based company like aerial-installations-bristol.co.uk/ are vital. Sadly, with Channel  Five deciding that they don’t want the show anymore the daytime teatime serial is coming to an end. What ride it’s been and what talent it has given us. 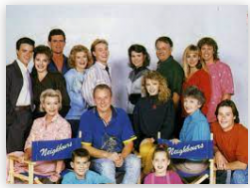 It’s not really clear how Neighbours seemed to excerpt itself onto the British consciousness.  It wasn’t that popular in Australia, Home and Away began to watch much more religiously. It was just a cheap filler show for BBC One but somehow the youth on its Autumn break fell in love with it. There was a massive outcry and public pressure on the BBC to repeat it again in the evening so that school children could watch it. The Sixth formers, having the aforementioned TV in the common room, were able to see it before going back to A-Level Maths in the afternoon.

Des and Daphne’s impending relationship, the general going on of Scott and his best friend Mike as they pursued Charlene and then Jane (once she’d had a makeover) for dates is now the stuff of legend. Toady, Doctor Carl and his long suffering wife Susan, all of the Ramsays, Madge and Harold, it’s hard to imagine TV life without them.

What is really incredible is the vast scale of Australian talent that has found its feet in it. Kylie Minogue would go on to be a Pop Goddess, Jason Donovan would have a successful stage and musical career. Guy Pearce would star in Memento and Priscilla Queen of the Desert (generally talking on any role that was as far removed from Mike as he could). The Gladiator himself Russell Crowe appears as a bad influence and Liam Hemsworth also made his first appearance on screen. He’s not the only MCU star, Alan Dale, head of the Robinson family, was the lead character for many years. To keep the Superhero theme Margot Robbie of Harley Quinn fame also starred.