A Brief History of Britain’s Drains 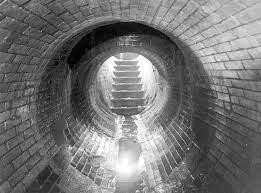 Nowadays drains are something we take for granted and rarely think about – when something goes wrong, we call in an expert like Wilkinson Environmental who will use modern technology such as CCTV Drainage Surveys to resolve the problem for us. But it wasn’t always this way – here is a brief history of the humble drain….

Many ancient civilisations had forms of drainage, from the Chinese to the Romans. But it wasn’t for many more years that the Western countries really caught up with this, and many illnesses such as the black death of London were made partly worse by the lack of a drainage system, as excrement literally would line the streets and the waterways! 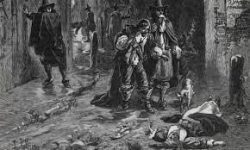 The industrial revolution changed this, and as illness and disease spread through the rapidly increasing populations of Britain’s cities, it was the job of Joseph Bazalgette to literally clean up the streets of London! He designed a modern new sewer system for Victorian London that worked so well it is still in use to this day! 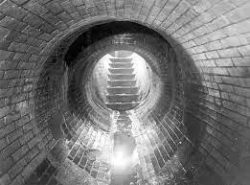 As well as the drainage system, sewage treatment plants started to be built in cities later in the nineteenth century, to ensure that the water itself wasn’t spreading disease back to the people who lived there. Typhoid and cholera cases dropped rapidly, and today these are conditions that are more or less unheard of in the western world.

Although the sewer systems put in place over a century ago are still in use in many places, the increase in population and subsequent housing needs have put more of a strain on them, which is why newer and better sewerage systems are always being worked on for the future.