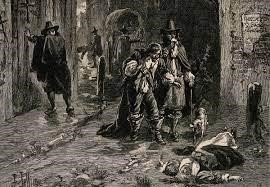 In our pandemic ravaged times, it is easy to forget that this is something that has happened over and over again previously in human history. The human race has come up against many pandemics before – one of the most famous of these is probably the bubonic plague, or as it is more chillingly known – the black death.

Originally, this disease was spread by rats and is thought to have originated as far back as 3000 BC in Asia. As trading done via ship brought countries and the people of the countries closer, not to mention that rats were often rampant on ships and around ports (the disease was carried by rats) it meant that other parts of the world were exposed to the plague.

Unlike nowadays, when we do our best to keep streets clean and our workplaces as safe as possible – such as health and safety laws and people like this First Aid at work Tewkesbury based company providing training – in those days there was nothing of the sort. The highly populated regions and the way that people lived were ideal conditions for this highly contagious bacteria to spread.

The gruesome effects of the plague included huge swellings in the lymph nodes, known as plague boils. The infection then spread to the heart and lungs causing death. These symptoms could develop and progress quickly, often killing someone within 24 hours of the onset of symptoms.

So, whilst we all lament the pandemic and the trouble it has caused, it is always worth remembering that historically disease is a familiar foe, and something we have encountered before and almost certainly will do again!